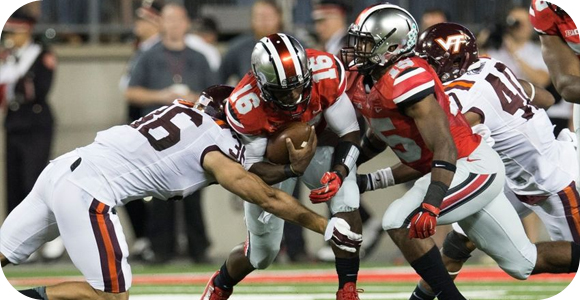 Ever since the start of the College Football season, sportsbooks have been getting an enormous amount of bets, with some even being of ludicrous amounts. Football is such a huge sport in the United States that it comes as no surprise that more people will bet on the games, but even knowing did not prepare the books for the surge they have been receiving.

On Sunday, they have given statements that four times the money regularly spent on other sports like baseball was wagered on the football games. CG Technology vice president of risk Jason Simbal said Sunday afternoon, “It’s football. We took one bet [on Purdue] from a sophisticated customer, who bet more than the total handle that we’ve taken on any of the baseball games to this point.”

The sophisticated customer bet on Purdue (+7) and did not come out unscathed as their opponents, Marshall, was able to score 14 points in the final three minutes, giving them the win 41-31. With a 10 point difference, the customer lost a lot of money. This is how it has been lately, with many people placing large, or even small, bets.

Next week’s games look like they will attract a lot more action than this week with some big teams facing each other, including:

There are a lot more games to pick from, depending on whether you want to bet on the Big Ten or the SEC, or any of the other divisions. Don’t be surprised when you see that all action has been cancelled for the O Hawaii Warriors at Ohio State Buckeyes game, as sportsbooks have already lost plenty of money with people betting on Ohio as favorite; like they did when Ohio beat Virginia Tech yesterday.

Next Article: There Are Still Free Sportsbooks In Las Vegas