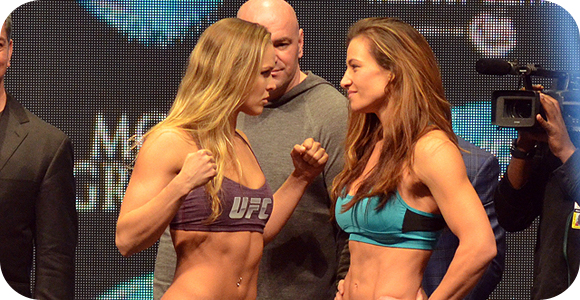 The Ultimate Fighting Championship (UFC) has gained so much popularity over the years that sportsbooks now have them as a stand-alone when it comes to betting. So, for you fans, you don’t have to worry about trying to find the next UFC fight to bet on, as it will be easy to find.

The business turned its head upside down as it bled money in 2001 to being a billion dollar enterprise presently. The great thing is that it has over 1,200 fighters, up from 275 in 2007, all trying to get the most knock-outs, tap outs, or submissions.

As it revolves around mixed martial arts (MMA), it has brought in a tremendous amount of fans, as well as hopeful amateur fighters, making it more popular than wrestling, and most probably will replace boxing as the main fighting sport attraction. Casinos in Las Vegas fight for the rights to host each fight night, while cable TV makes a huge amount of money from PPV.

One name that has been getting more and more famous is the female UFC fighter, Ronda Rousey, who just got done beating Bethe Correia in just 34 seconds, has been getting a lot more fans lately. Waiting for the next match, you can check out these great futures on Rousey’s next fights, courtesy of Bovada.lv:

We can clearly see the big gap between competitors, as Rousey has made a name for herself with being able to win before the first round is over. This 28 year old amazing MMA fighter is fast becoming a favorite among sportsbooks, as her career winnings are just over $1 million.